In 2022, John was appointed by United Nations Secretary General to represent the global private sector on the newly formed Steering Committee of the UN Global Crisis Response Group on Food, Energy and Finance.He currently serves on the WHO Foundation Strategic Advisory Group and the Global Task Force on Refugee Labour Mobility.John is a Board member of the UN Global Compact and Co-chair of the B20 finance and infrastructure taskforce, as well as a founding member of the Business 20 (B20), Co-founderof the Australia–China CEO Roundtable and Patron of UNHCR in Australia. He serves on the Board of IFM Global Investors, a leading institutional investment manager, and is Chair of the Moeller Institute Advisory Board at the University of Cambridge.

He additionally serves on the Boards of the UN Development Programme’s Impact Investing Steering Group and UNICEF’s global education initiative, GenU, and he is a member of theAdvisory Board of the African Green Infrastructure Investment Bank (AfGIIB) and the G7 Working Group on Impact Investment. A former diplomat, John co-led the Australian Government’s 2012 White Paper on “Australia in the Asian Century” and previously chaired the APEC Finance and Economics Working Group. Prior to joining ICC, he served for two decades as Partner and CEO of Corrs Chambers Westgarth, Australia’s leading independent law firm.

In 2015, John was appointed an Officer of the Order of Australia for his services to the business community, the arts and the rights of refugees, including as a founder of Human Rights Watch (Australia) and Teach for Australia
Speaking At
Business Leadership in Troubled Times 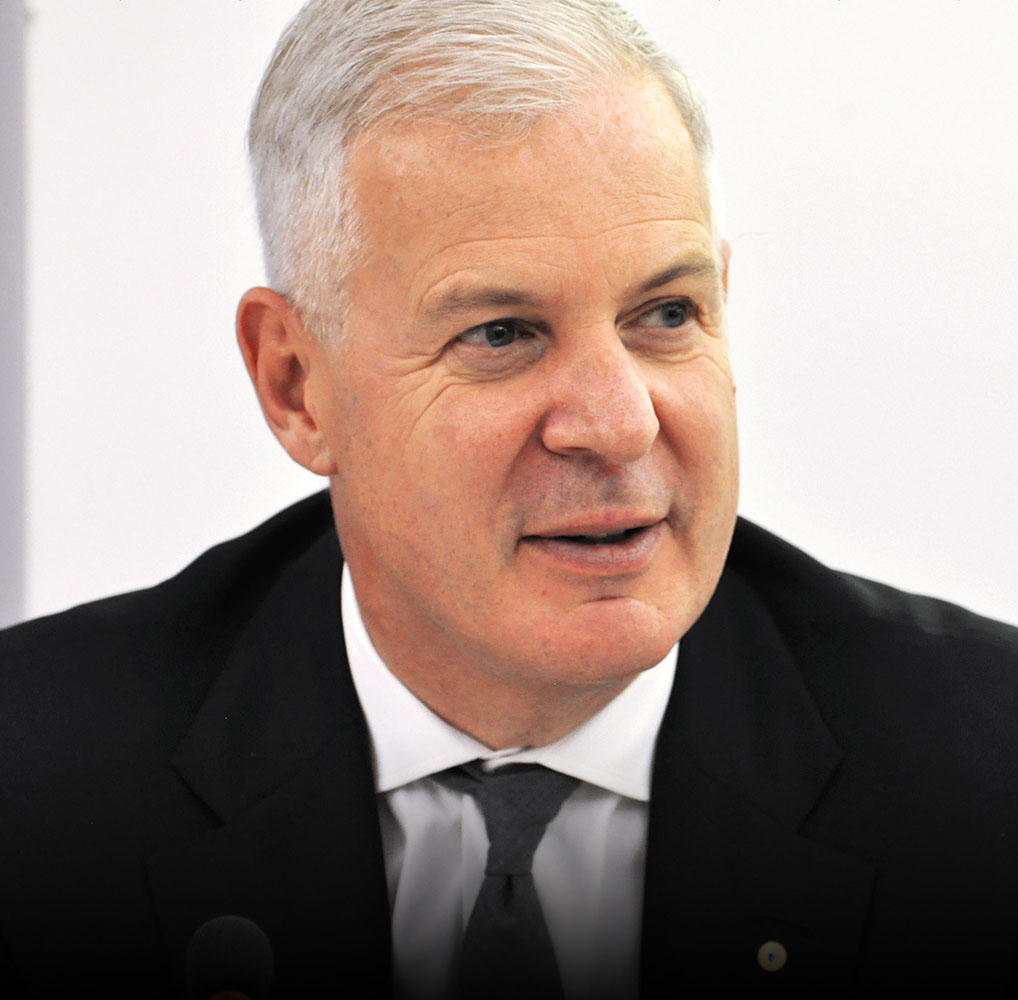