In 2012, Ms. Cai joined the leading auction house Christie’s as the first Managing Director of Christie’s China. She was appointed President of Christie’s China in 2014 and then Chairman in 2016. Ms. Cai received her bachelor’s degree from Wellesley College in Massachusetts and a Master’s in Public Affairs from Woodrow Wilson School of International and Public Affairs, Princeton University. She was born and raised in Beijing and was an undergraduate student at Beijing University, before pursuing her education overseas.

Ms. Cai is on the international advisory board of the New York Philharmonic Orchestra, and serves as a board member of Teach for China, a non-profit organization focusing on education inequality in China In parallel with her new role at Kering Greater China, Ms. Cai retains a consulting role at Christie’s, serving as Chairwoman of the company’s Asia Advisory Board. Ms. Cai has joined the Board of Mandarin Oriental International Limited as Non-Executive Directors with effect from 1st December 2021.
Speaking At
China Town Hall: Sustainable, Inclusive and Just Transition Towards a Shared Global Development Vision 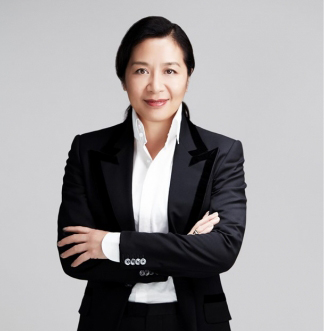