During her presidential tenures, she promoted the rights of all but particularly those of the most vulnerable. Among her many achievements, education and tax reforms, as well as the creation of the National Institute for Human Rights and the Museum of Memory and Human Rights stand out, as do the establishment of the Ministry of Women and Gender Equality, the adoption of quotas to increase women’s political participation, and the approval of Civil Union Act legislation, granting rights to same sex couples and thus, advancing LGBT rights.

Since the early 1990s, Ms. Bachelet has worked closely with many international organizations. In 2010 she chaired the Social Protection Floor Advisory Group, a joint International Labor Organization (ILO) and World Health Organization (WHO) initiative, which sought to promote social policies to stimulate economic growth and social cohesion.

In 2011, she was named the first Director of UN Women, an organization dedicated to fighting for the rights of women and girls internationally. Economic empowerment and ending violence against women were two of her priorities during her tenure. She has recently pledged to be a Gender Champion, committing to advance gender equality in OHCHR and in international fora.

After finishing her second term in March 2018, she was named Chair of the Partnership for Maternal, Newborn and Child Health, an alliance of more than 1000 organizations in 192 countries from the sexual, reproductive, maternal, newborn, child and adolescent health communities. As Co-Chair of the High-Level Steering Group for Every Woman Every Child, Ms. Bachelet launched Every Woman Every Child Latin America and the Caribbean, the first platform for tailored, regional implementation of the EWEC Global Strategy.

Michelle Bachelet has a Medical Degree in Surgery, with a specialization in Pediatrics and Public Health. She also studied military strategy at Chile's National Academy of Strategy and Policy and at the Inter-American Defense College in the United States.
Speaking At
State of the World 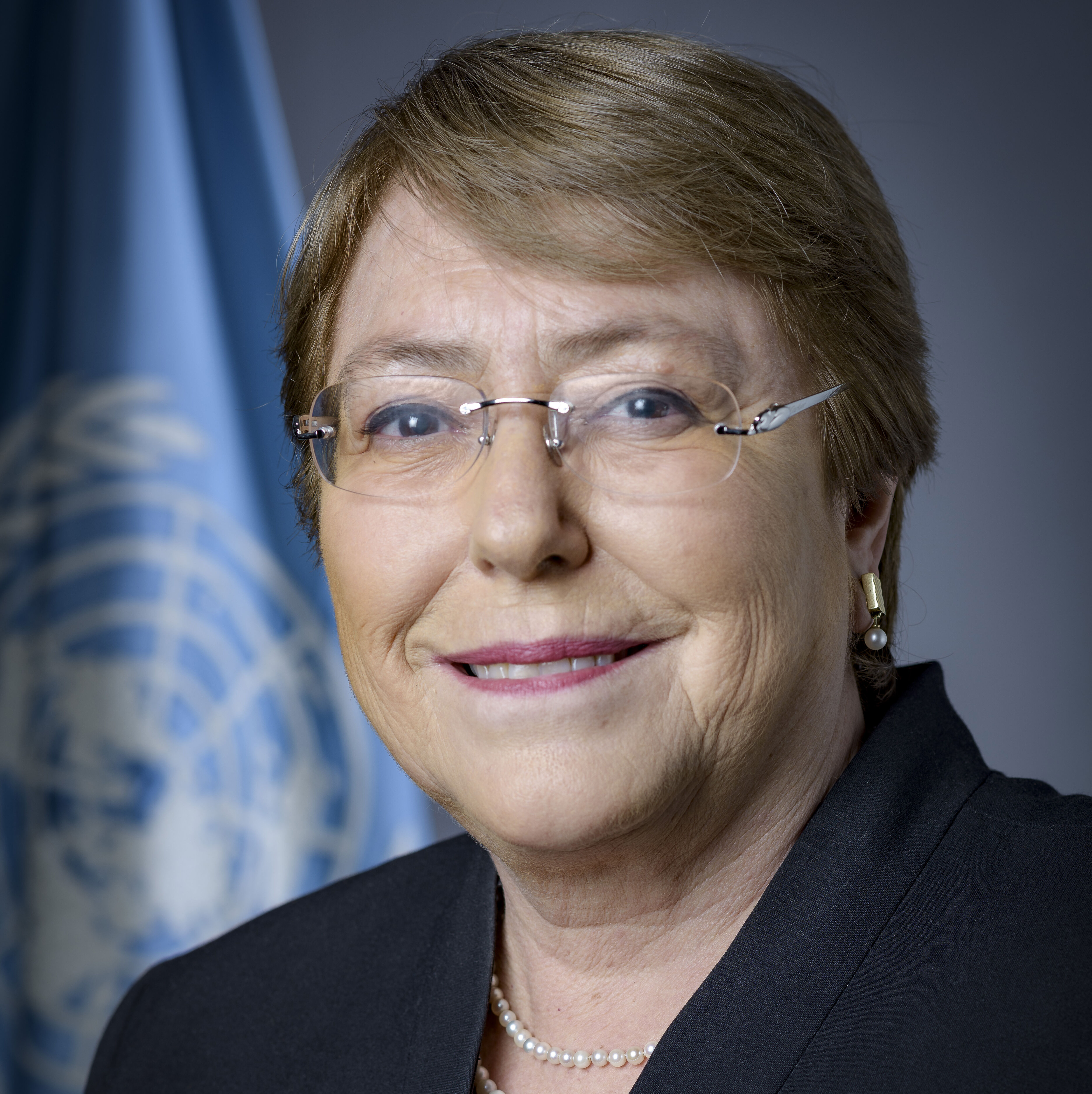