He was re-elected for a second term, which started on 1 October 2017.

Guy Ryder is committed to promoting decent work for all and to working through tripartism and social dialogue to make a positive difference in the working lives of people everywhere including and particularly in the lives of the most vulnerable.

The ILO celebrated its centenary in 2019 and Guy Ryder was instrumental in setting the Future of Work as the defining theme of the centenary to position the organization to meet the challenges of the 21st century. Under his leadership, the Global Commission on the Future of Work was established in 2017. Subsequently, the International Labour Conference adopted the Centenary Declaration for the Future of Work in 2019. The Declaration, centred on the Organization’s founding values, drives the promotion of a present and future of work that is fair and just by actively shaping the new forces impacting on the world of work. Guy Ryder collaborates closely with the UN System to support global efforts to achieve the Sustainable Development Goals.

In the social and economic crisis triggered by the COVID-19 pandemic, Guy Ryder is engaged in working with the ILO’s Members and in partnership with the multilateral system and other relevant parties, to apply the principles of the Centenary Declaration in the response to the crisis as well as to the challenge of recovery.

In 2010, Guy Ryder came back to the ILO as Executive Director.

The ILO is a tripartite organization comprising governments and representatives of employers and workers.
Speaking At
Multi-Stakeholder Panel: “Without Renewables, There Can Be No Future” 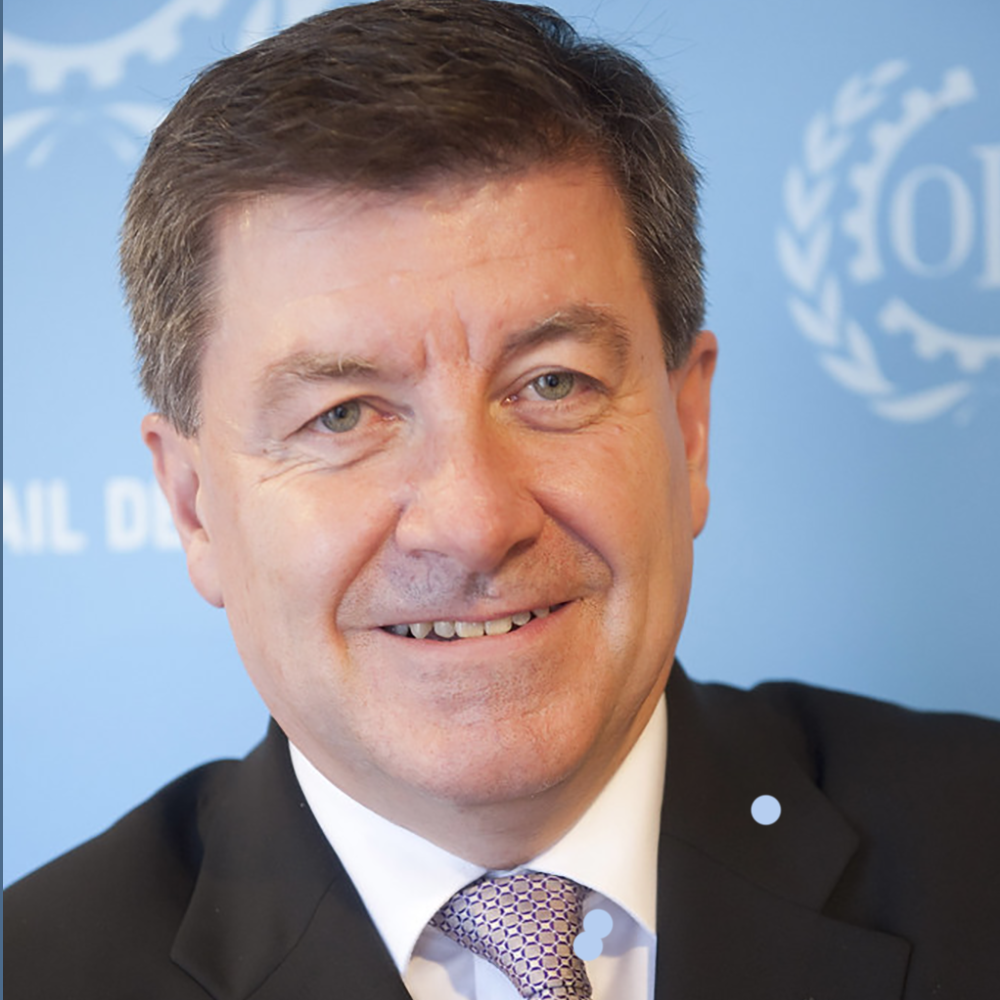